Next demonstration of our FMEA software

An introduction to the block boundary diagram

The AIAG & VDA FMEA Handbook, published in June 2019, explains how to set up a Design FMEA analysis using seven steps. Structure analysis, Step 2, depicts the architecture of the studied system with the two recommended tools being tree structures and boundary diagrams.

What are the expectations in the AIAG & VDA FMEA Handbook?

The AIAG & VDA FMEA Handbook states the following for Step 2:

How can you meet these requirements?

The use of SysML structural diagrams helps you meet the requirements in this step. 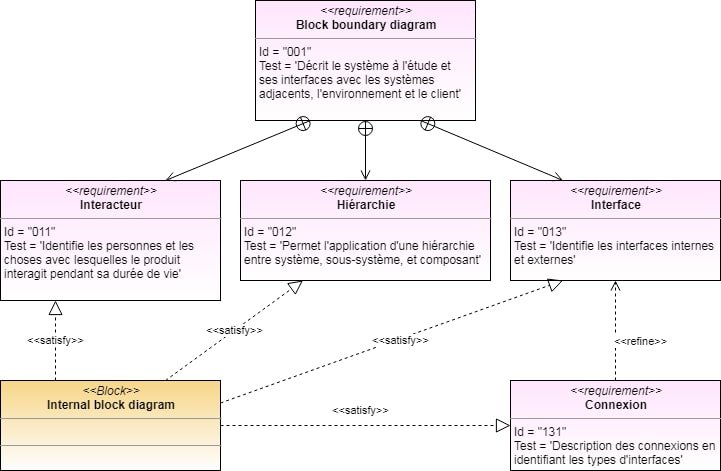 All people and things the product will interact with during its life cycle (interactors) can be identified within an Internal Block Diagram (ibd), which models the context for use of the targeted product.

This diagram rounds out the functional and structural analysis and makes it easier to model complex systems by taking into consideration mechanical, electronic, mechatronics, and software issues.